The Battle For Xilos book for Beyond the Gates of Antares does more than just add in some new models to your army lists. It moves the narrative for the game forward as well. And, as war tends to do, it changes people. That includes the characters in the game. As such, there will be new versions of characters you've seen before. One is Fartok, previously seen in the "Run Fartok, Run!!!" scenario. Well, he's gotten himself quite a nice suit of armor in the interim. One that Warlord Games is showing off in a new preview. 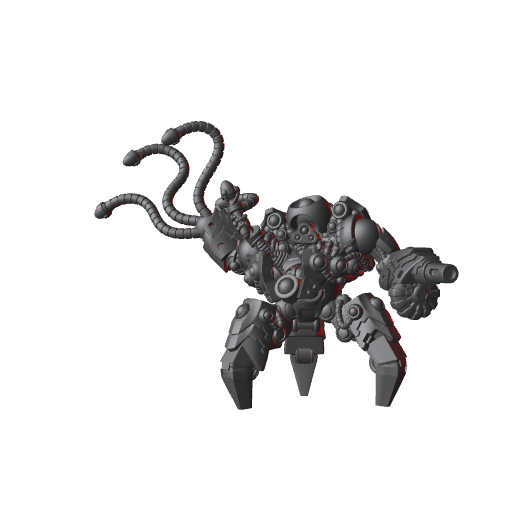 There you can see a 3D rotation of the mini (if you click on the picture. I tried it. It works).

Fartok is now the leader of the Outcast Revolt. He's gotten himself that armor that was recovered from the battlefields of Ephra, along with some special modifications put in. The preview shows off just what he can do. He's a High Commander, giving him resistance to enemy hits. His Hybrid Reactor is much more robust than the "standard issue" ones. He's also got a Plasma Gun and a Multilash. Meaning he's ready to get right in there and hit the enemy, himself.