Rivet Wars is doing swimmingly on Kickstarter. We got a chance to sit down with the game's creator, Ted Terranova for a little interview. So anyway, on to the interview! 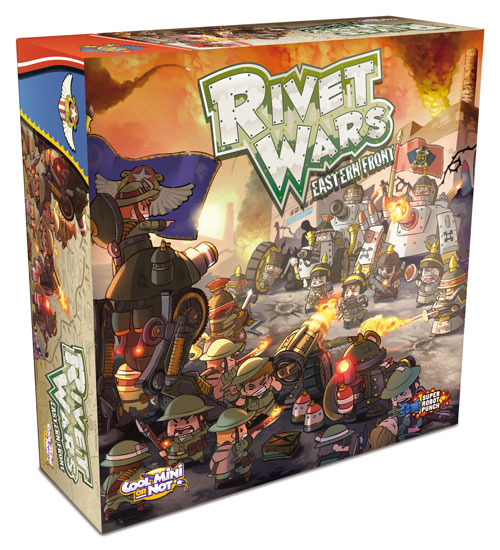 TGN: Starting off like most interviews, can you tell us something about yourself? What sort of background do you have in the gaming world?

TT: I've been an artist in the video game industry for more than fifteen years. I've worked on games like Rise of Nations, Rise of Legends and Age of Empires III: the Asian dynasties. But I've also made my own toys and miniatures and I've been a miniatures gamer since I was a kid.

TT: The idea really started with a sketch of a tank I did called the Vert Tank. I received some really positive feedback from that drawing so I decided to run with it and build a world around that tank. So I started thinking about the kind of a society that would build this thing. What kind of tech would they have. I'm a big fan of steampunk but I also love 20th century tanks and aircraft so I felt like WWI and the turn of the century would be a great place to start. It's such a wild time when you have the old guard with their way of fighting slamming into the reality of how things are going to have to change with the advent of machine guns, tanks, and aircraft. 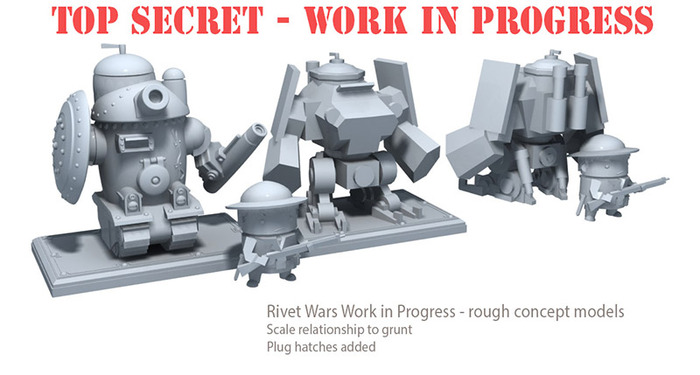 TGN: The miniatures have a rather unique look to them. How did you come up with the look and have the models changed a lot from the original concepts? How many iterations does something like the monowheel go through before you end up with a final look you're happy with?

TT: The look of the soldiers came from my desire to create a rivet style. I wanted people to see a rivet soldier and know that it was a character from Rivet Wars. And I felt that stylizing them freed me up to exaggerate some of the best features from WWI characters. People back then had giants mustaches, huge helmets with giant plumes, and it was all so ornamental. I feel like the Rivet Wars style plays to that.

To create something like the Monowheel I first start by gathering reference from real world photos of gears, wheels, engines, cavalry soldiers, etc. I take that all in and start sketching rough drawings. Lots of roughs until some of them start to look interesting. Then I'll refine a sketch or two and then jump into 3D. I love to rough machines out in 3D because I can really play with proportions and repeating objects like gears and rivets. Then I might render an image and paint over that to get a final design or just continue in 3D and finish the sculpt. 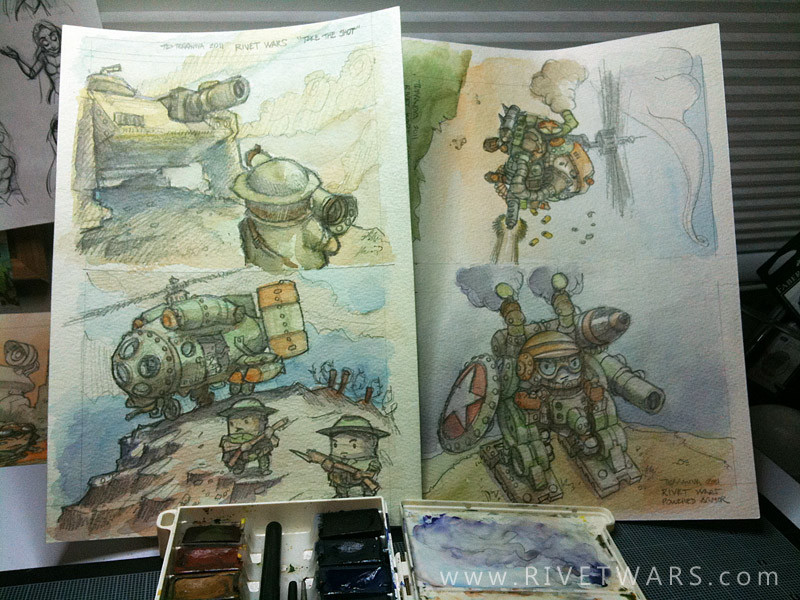 TGN: What's it like watching a Kickstarter campaign from the side of a game maker? Did you get any sleep leading up to the launch, worrying about how it would go and have you gotten any sleep at all since it started?


TT: I think you nailed it with the question. Leading up to the kickstarter I was very anxious. Then it started doing well and I was really excited. And now with the end approaching I am still anxious about where the campaign will end and will the backers be happy with what they get. But at the same time I've met lots of great people who are really encouraging and helping with the game and campaign. Right now I'm just really excited that we have met so many goals and been funded and that means the game will be getting made.

TGN: The Kickstarter has made more than 10x the original funding goal. Obviously this has opened up a lot of avenues for future expansion for the game. Where do you see Rivet Wars going in the future? What sort of new places are there to go and what types of armies can we look forward to? In a general sense, what is your vision for the future of Rivet Wars?

TT: First I'd like to see the Blight and Allies filled out a little more with a few more heroes and tanks/mechs. Then add air units to those two factions like zeppelins, biplanes, helicopters and AA guns. On top of that would be some more expanded scenarios, skirmish rules and a Conquer Rivet game play where you could track your games on the world map and complete a larger grand campaign. Next I would shift to adding more factions like the Ruska and Ottoman or the Barbary and Hajame Hegemony. And then just keep adding more scenarios and keep expanding the world or Rivet.

TGN: It has been rumored that you have a gun that shoots earthquakes. Do you care to comment on that at this time?

TT: The gun or M12 Terra-Cannon actually makes the earth rise or fall in a targeted area so the earthquakes are more like a side effect. But my two year old broke it last month so it's just sitting in the garage.

TGN: Is there anything else you'd like to add for our readers?

TT: I'd just like the thank everyone for taking the time to read this interview. I hope it sparks some interest and helps get you in the fight!

Our thanks to Ted for his time in answering our questions. I've actually held some of these models and they're very nice, indeed. I can't wait to get the game a try.